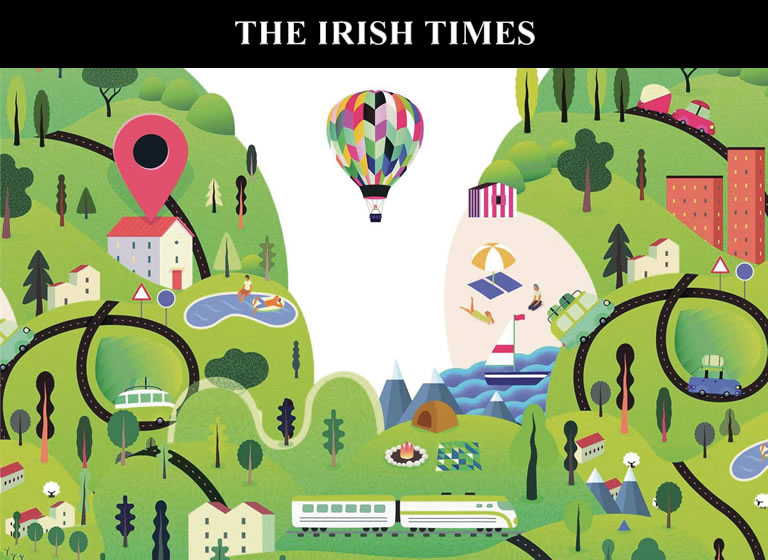 UPDATE – the winner was The Burren, in Co. Clare.

And then there were five! The judges in the Irish Times ‘Best Place to Holiday in Ireland’ competition have whittled the top 20 entries down to the final five … and Achill Island is one of them! The winner will be announced on the August public holiday weekend in the Irish Times.

Read the full article on the Irish Times.

Describing Achill as ‘stunning and elemental’, the article identifies Achill’s main attractions as outdoors, including its beaches, mountains, lakes and adventure activities. It refers to Keem Bay as ‘the beach at the end of the world’, though we prefer to think of it as ‘the beach that’s out of this world’. Keem has consistently been ranked among the top beaches in the world and was recently given the accolade of Ireland’s best beach by the Irish Daily Mirror newspaper.

The article goes on to say that Achill is a ‘long drive from anywhere’ – though surely that depends where you start from! – and that ‘fit and organised souls’ can get here by train (to Westport) and by bike along the Great Western Greenway. Which is one option, but public transport is available in the form of six bus services a day from Westport to Achill. There is also the opportunity to arrive via boat from Clare Island, as part of the new Clew Bay Bike Trail.

We would like to wish the best of luck to the other four finalists – The Burren, Co. Clare; Carlingford, Co. Louth; Inishboffin, Co. Galway; and the Causeway Coast & Portrush, Co. Antrim. The hope is that raising awareness of the wonderful array of destinations on the island of Ireland will encourage people to keep discovering the wonders on your doorstep.