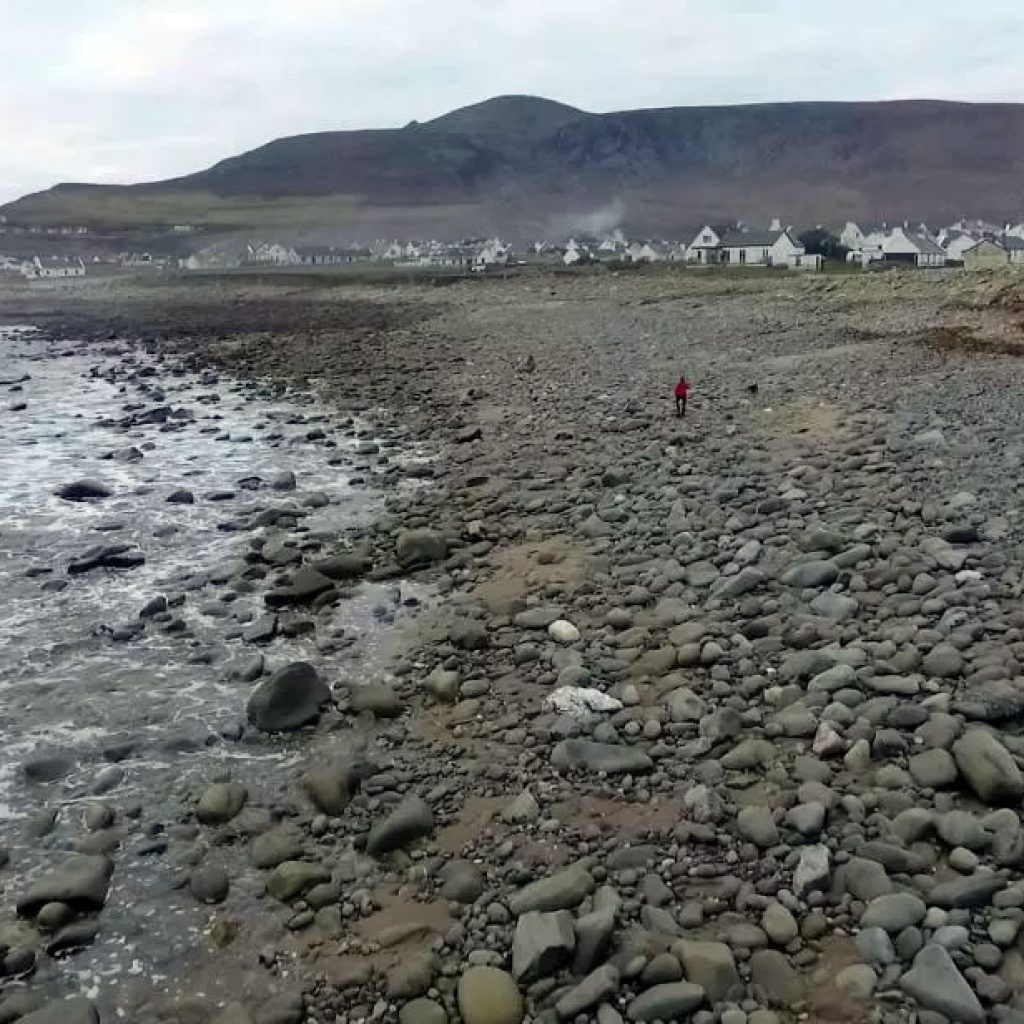 January 2019 – The sandy beach that reappeared at Dooagh Bay in 2017, sparking worldwide interest, has disappeared again following stormy weather. The ‘beach’ had been sand-free for 33 years, having disappeared in 1984, but came back in the spring of 2017. It is thought that the sand is lying offshore, awaiting the next freak weather pattern to bring it back onshore … though that could well take another 30 years or more.

As with the reappearance in 2017, the disappearance of the beach attracted widespread media interest, including the following: