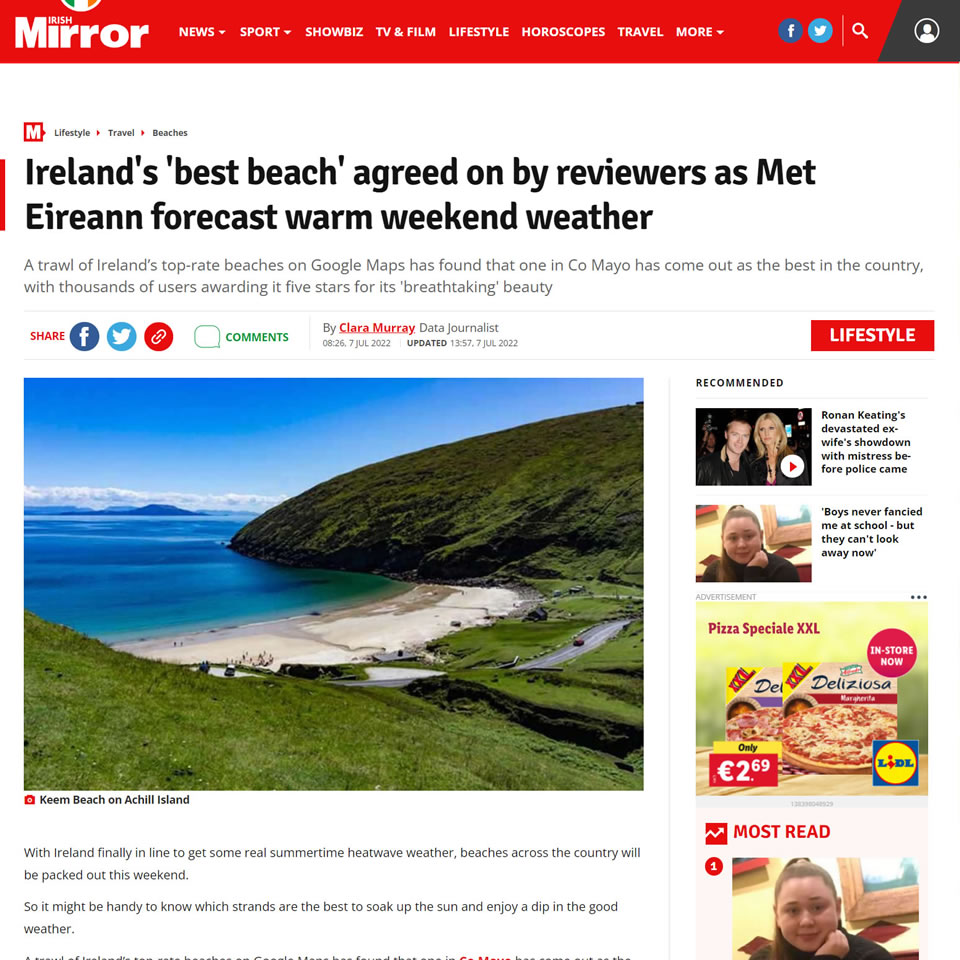 A study by the Daily Mirror newspaper has identified Ireland’s top beaches from ratings and reviews of over 500 beaches on Google Maps. Achill’s Keem Beach was ranked number one, with a five star rating from over 1,500 reviewers. The fourth-rated beach in the research was Achill’s Silver Strand in Dugort. Both strands are among Achill Island’s five Blue Flag beaches, a coveted status that is awarded based on criteria including water quality, environmental management, safety and services, and information provision.

The Daily Mirror rating of Keem as Ireland’s best beach comes hot on the heels of its ranking at number 19 in the 50 Best Beaches in the World by the travel website Big 7. Keem Bay has consistently been ranked in the top 20 of this list by Big 7.

Keem Bay, home to basking shark in early summer, is due to gain further publicity in October 2022 with the launch of Martin McDonagh’s new film ‘The Banshees of Inisheerin’. Keem was one of several sites on Achill Island used as locations during the filming of the movie, which stars Colin Farrell and Brendan Gleeson along with a host of Irish actors including Barry Keoghan, Kerry Condon and Pat Shortt. Filming took place in Keem and other Achill locations in August and September of 2021.