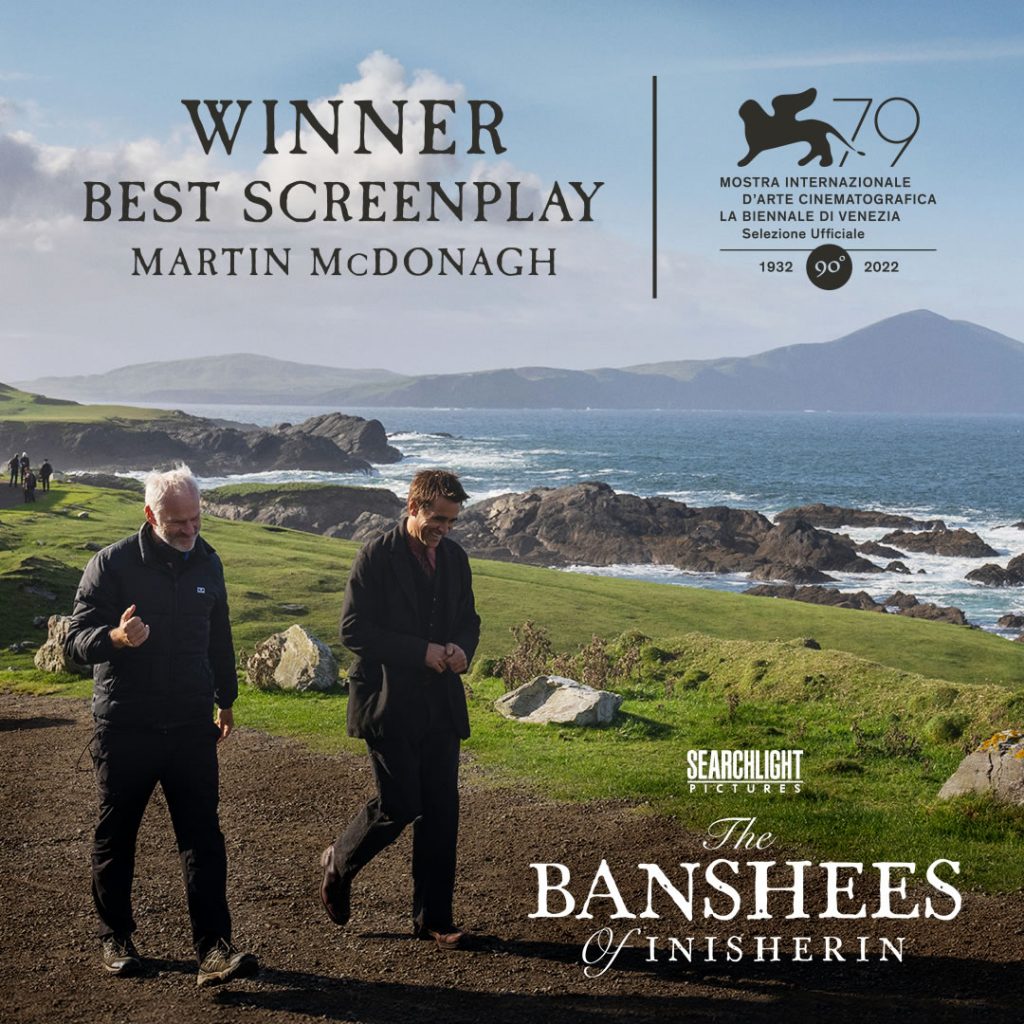 The Banshees of Inisherin, the movie that was filmed largely on location on Achill Island, has won a second award at the 79th Venice International Film Festival. After Colin Farrell won the Best Actor award for his portrayal of Pádraic Súilleabháin in the film, writer and director Martin McDonagh was awarded Best Screenplay. The premiere of the movie was followed by a 13 minute standing ovation, the longest at this year’s festival. The film was nominated in a total of eight categories at the prestigious Venice festival and its reception has led to speculation of possible Oscar nominations for Colin Farrell and Brendan Gleeson.