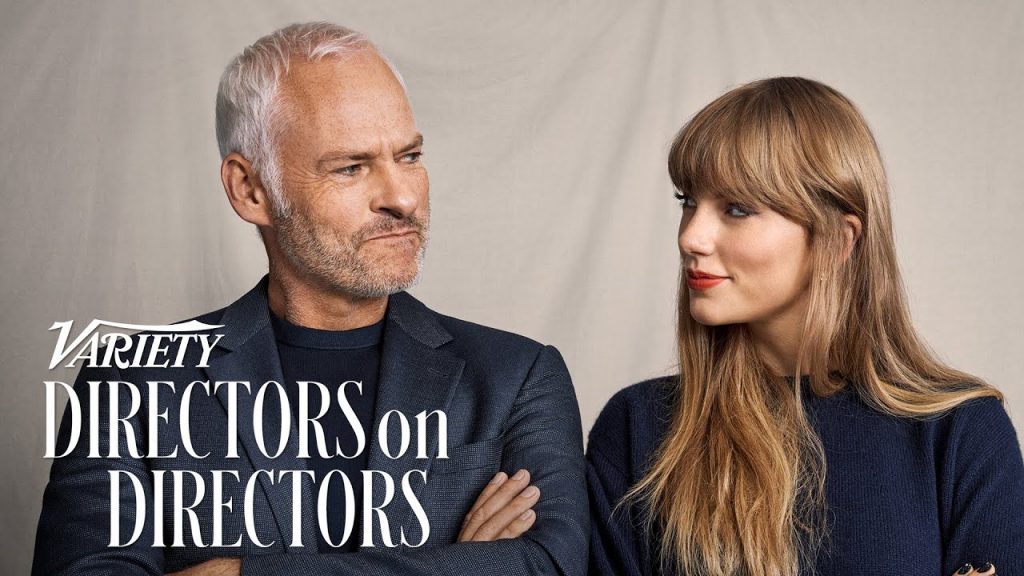 Singer-songwriter Taylor Swift has revealed she would like the pub used in The Banshees of Inisherin movie to be rebuilt, so that she can visit. The fictional pub was constructed on location at Cloughmore on Achill Island and was the setting for many of the dramatic scenes in Martin McDonagh’s 2022 film. Speaking with McDonagh as part of Variety’s ‘Director on Director’ interview series, the American artist said she was ‘sort of sad’ to find it had been built as a prop, explaining that she was “happy for the production design and the feat of engineering and imagination that it was, but I wanted to go there.”

Later in the conversation, McDonagh teased that if the film did really, really well, maybe they could build it again, to which Swift enthused, “I’d like to float that idea. I’ll go!”

The 45 minute long conversation between the two directors – Swift both wrote and directed the short film ‘All Too Well‘ in 2021 – saw them find common ground between Swift’s film and The Banshees of Inisherin, as both can be seen as breakup stories. Swift was fulsome in her praise for McDonagh’s movie, stating “I think this is one of the best films I’ve ever seen. I’ve been talking about it for weeks.”

The two directors had been discussing the process of preparing for production, with McDonagh outlining how he would storyboard himself and then talk it through with the DP (director of photography, also known as the cinematographer) and the production designer months beforehand. And that for the Banshees film, “lots of the storyboards had shots through doorways to see the island. [But] you don’t just find a house on the island, you build a house in the perfect place to see the perfect vista, similar with the pub …”. To which Swift interjected, “The pub that you built. It just blew my mind that that was something you built. It looked like it had been there forever.” McDonagh continued, “we just found the most scenic road, cliff road, which had vistas and mountains, each going each direction, and just built it and literally kind of angled it, so through the doorway you would see the most of that scenery.”

While the temporary pub building was removed immediately after filming, the beauty spot itself is still there at Cloughmore, on Achill Island’s Atlantic Drive, with the same spectacular mountains, cliffs and seascapes all around. It can be seen as part of the Achill Island Banshees of Inisherin Locations Trail, along with the setting for Colm Doherty’s cottage at Keem Bay, the harbour setting for the village and Post Office, the church, and the lake that was the setting for two of the film’s most tragic scenes.

Some other locations in the Banshees movie were filmed on Inishmore, the largest of the Aran Islands off the coast of Co. Galway. McDonagh revealed this to a surprised Taylor Swift, explaining that Achill was much more mountainous than Inishmore. He shared his early concern whether it would work to have two very different island types and have it seamlessly seem like one, but that in the end “I think it works”. Swift reassured him, “so it was two different islands? It absolutely works. I was completely fooled.”

Clearly the Banshees film had deep affect on Taylor Swift. Speaking about attending the premiere, she said it was “one of the most special experiences I could ever have imagined having at a premiere. Being there, watching it with a group of people who loved it as much as I did.” Later she expanded, “it’s such a special film. Watching it with other people, I think its one of those films that’s gonna hit home and make people think, and make people talk about it afterward. ’cause I’ve been talking about it ever since.” She said that she had even discussed it with a therapist friend, trying to analyse the characters and motivations for some of the more gruesome events: “I talked to a friend of mine who is a therapist and she was saying, ‘if someone brought in this dream to me and said I had this dream where [they] are wanting to cut my finger off its because you feel like your aliveness is being cut off by a part of your life and this art represents the fingers.'”. Putting it back on to McDonagh, Swift asks directly “what do you think the fingers is a symbolism for?” To which he laughs, throws his hands in the air and says, “I don’t know, I just thought it was funny!”

And contrasting with modern breakups, where it is possible for people to just ‘ghost’ each other, she notes how in the Banshees film the characters have to confront their breakup as the island is so small that they have to see each other every day. This is the claustrophobia she mentioned, where it is impossible to have privacy and secrets, and where what she calls ‘the tyranny of politeness’ will eventually be shattered. They focus on a moment in the film where this honesty is revealed, when Pádraic (Colin Farrell) drunkenly and angrily confronts his former friend Colm (Brendan Gleeson). McDonagh says he likes the line Pádraic has, which we’ve all had in breakups, where he says ‘maybe you were never nice’, that maybe I was in love with my projection of you. Swift exhales deeply at this point, explaining “its so good though. This is why I keep talking to everyone I know about this film, because I keep thinking of new things that it made us conjure up”.