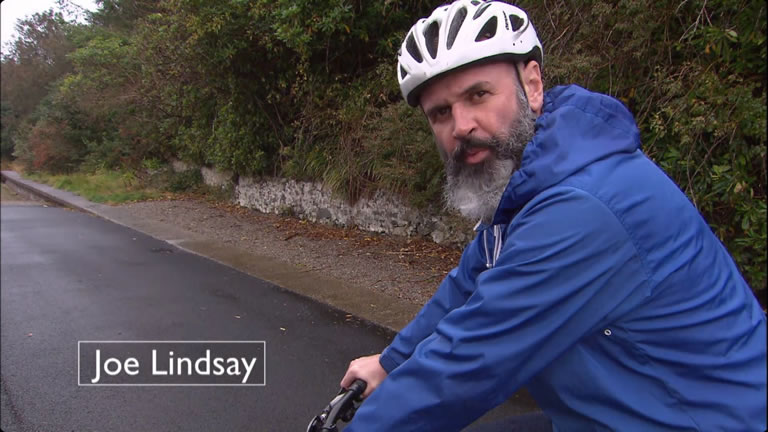 Achill Island was featured as the ‘Short Getaway’ destination on the RTÉ travel programme ‘Getaways’, broadcast in Ireland on 5th February 2019 and in the UK on BBC1 NI on 11th February 2019.

Viewers in Ireland can see the programme online via the RTÉ Player. The Achill ‘Short Getaway’ segment is at the start of part two: View Getaways Series 7 Episode 5 on RTÉ Player

Viewers in the UK can view the episode online via the BBC iPlayer.

Joe also enjoyed the unspoiled Blue Flag beach at the iconic Keem Bay which, as he reported, is said to have been blessed by St. Patrick when he viewed it across Clew Bay from Croagh Patrick mountain. According to folklore, St. Patrick said that no-one would ever drown in the bay, and this has been bourne out so far.

Joe visited the smoke house at Keem Bay Fish Products, where owner Gerry Hassett treated him to smoked salmon fresh from the smoker. Achill Island Smoked Salmon is available from retailers locally in Achill and surrounding areas, and on the menu at many local eateries.

The Deserted Village at Slievemore is a haunting reminder of times past, a collection of over 80 traditional stone cottages abandoned after the great Famine. Joe visited the village with our own Sean Molloy from Achill Tourism.