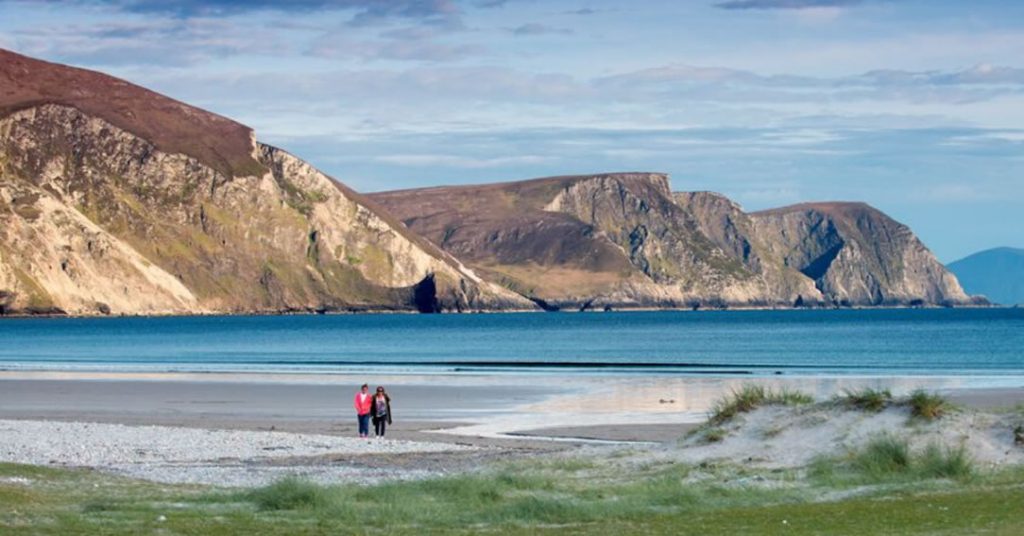 The 2020 Blue Flag beach awards were unveiled today with all four of Achill’s current Blue Flag beaches retaining their status. For Keel Beach, this represents 32 consecutive years as a Blue Flag beach. Stretching over 3km from Keel village to the foot of the magnificent Minaun Cliffs at its eastern end, Keel beach is a haven for watersports including surfing, windsurfing, sea kayaking and kite surfing. Keel beach runs into ‘the sandybanks’, an area of machair or low-lying sandy grassland that is designated a priority habitat under the EU Habitats Directive. Keel beach has been one of the key attractions for visitors to Achill for longer than its 32 year Blue Flag history, and long may this continue!

The other three Achill beaches to retain their Blue Flag status for 2020 are Keem Bay, Dooega Beach, and Dugort Beach. Nearby in Mulranny the beach there also retained its Blue Flag status, among a total of 11 County Mayo beaches to share this prestigious achievement.