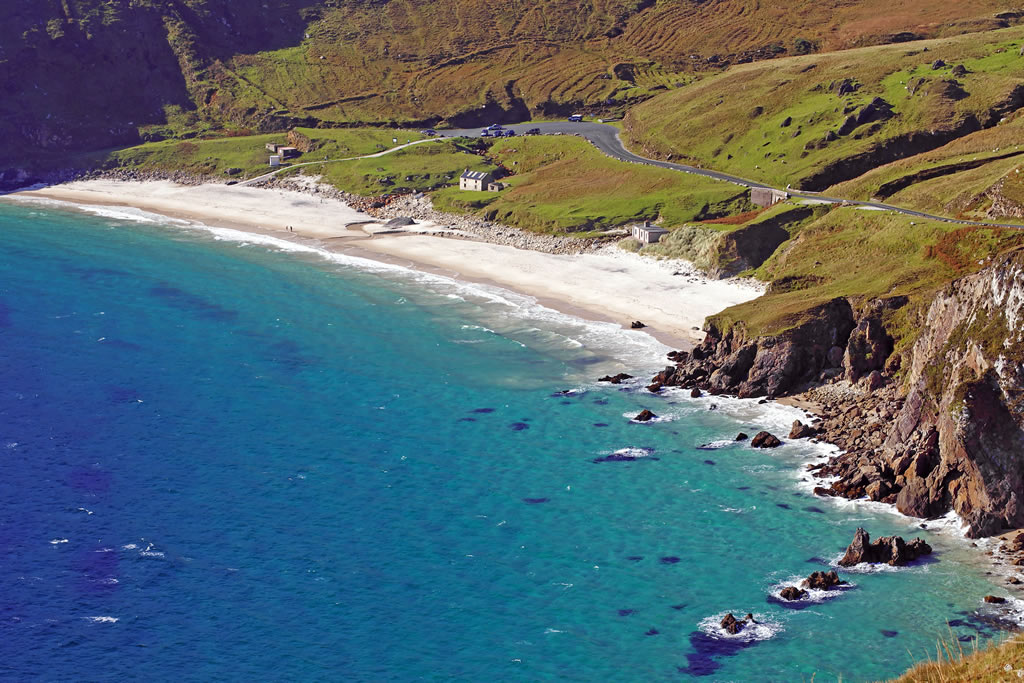 Stunning aerial footage of a group of basking sharks in Keem Bay, Achill Island, has been viewed worldwide as news sites have shared the video. Shot by Achill film-maker Sean Molloy, the video shows up to four of these 25ft long fish as they gracefully move around the crystal clear Atlantic waters on a sunny early summer day. It shows their huge mouths open to feed on plankton as they gently move through the bay. The video was uploaded to social media as part of the Stories from Ireland’s Wild Atlantic Way series and was reposted by media outlets including the Irish Independent and the Irish Mirror. It has also been chosen by Fáilte Ireland, the country’s national tourism development authority, to headline its #FillYourHeartWithIreland campaign, bringing global attention once again to Achill’s Keem Bay.