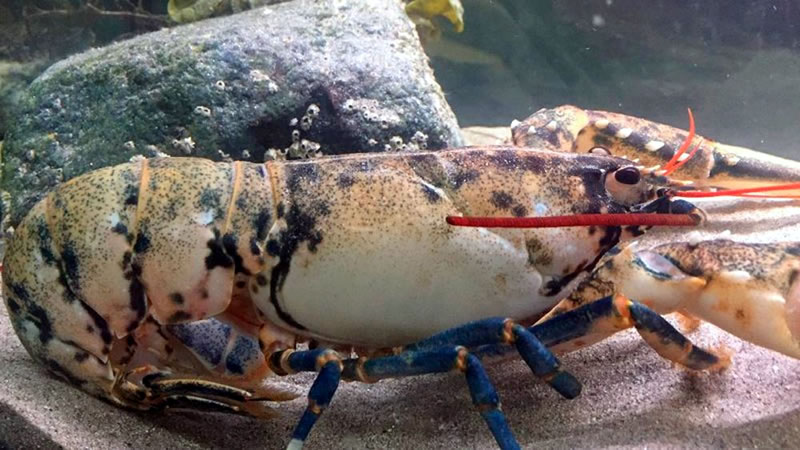 A very rare white lobster has gone on display in an Achill aquarium after being caught in local waters. The one-in-a-million lobster was caught recently by fisherman Charlie O’Malley in pots close to Dooagh Bay. In 25 years of fishing, it is the first white lobster Charlie has seen. The ghost lobster has distinctive white colouring, instead of the usual blue, due to the absence of a chemical compound called astaxanthin. The young lobster – it is estimated to be three or four years old – was spared from the dinner table when Charlie delivered it to the Achill Experience, a visitor attraction that includes an aquarium. The as-yet-unnamed lobster is the main attraction at Achill Experience and has gained much media interest including a report on RTE television news.